99 percent of the population is Muslim. Turkey is a secular state that assures complete freedom of worship to non-Muslims.

Five times a day, the “muezzin” calls the faithful to prayer in thi mosque. Before entering a mosque, Muslims wash themselves and remove their shoes. Foreign visitors should also remove their shoes and show the respect they would any other house of worship and avoid visiting the mosque durin prayer time. Women should cover their heads and ams, and not wear miniskirts. Men should not wear shorts. (In certain famous mosques, overalls are provided for those not suitably dressed.)

All passengers require a passport that is valid for six months beyond the conclusion of their trip, with the appropriate visas. In 2009, U.S. citizens are charged US$20.00 to purchase a multiple entry visa for Turkey at the airport before they go to passport control. No paperwork or passport photos are necessary, and this visa stamp is good for three months from the date of purchase.

You should carry a color copy of the ID page of your passport with you at all times. You may leave your passport in the room or hotel safe, or locked in your suitcase. Certain hotels will hold your passport overnight in order to comply with local regulations.

A visa is required for all U.S. citizens entering Turkey. U.S. citizens may obtain their visas upon entry point in Turkey or in advance from one of the Turkish Consulates around the U.S. Application for a business visa must be done ahead of time, before entering Turkey. The tourist visa is valid for a year starting from the issue date. There are two different visa types. With a single entry visa, you can enter Turkey only once and stay up to three months. Multiple entry visa, allows you to enter and exit the country more than once within one year period specified on your passport and you can stay in Turkey for three months each time. Visas given at entry points are valid only for three months. Passengers who do not leave the international airports (transit) do not need any visas.

Non-U.S Citizens need to have to apply for their tourist or business visas in advance BEFORE going to Turkey. Applicants should directly contact a Turkish Consulate in person, by mail or by a courier service.

Note: Please remember Classic Holidays and/or their employees are not responsible for passport, health or other requirements of the countries visited or for any loss incurred by you for failing to comply with the laws and regulations of countries visited.

At various establishments like hotels, restaurants, Turkish baths, barbers and hairdressers, tipping at a rate of 5%-15% of the total is common. Taxi and “dolmus” drivers on the other hand, do not expect tips or even rounded fares.

Do not travel without comprehensive medical insurance (including cover for medical repatriation), as private medical treatment is very expensive. You should check any exclusions, and that your policy covers you for the activities you want to undertake. The European Health Insurance Card (EHIC), which concerns free medical treatment in EU countries, is not valid in Turkey.

Comfortable shoes are necessary for visiting archaeological and historical sites. Sun hats and sunglasses are advisable in the summer. Headcarves should be brought by women for visiting mosques.

These coasts have a typical Mediterranean climate with hot summers and mild winters. 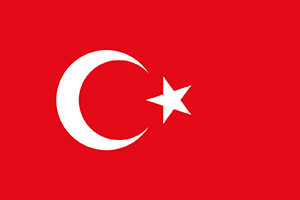